In Memory of
Heather Rathwell
1932 - 2019
Click above to light a memorial candle.
Memorial Candle Tribute From
McGarry Memorial Chapel & Cremation Services
"We are honored to provide this Book of Memories to the family."
View full message >>>
Menu

In the event that there is an error
in the information presented,
please contact the funeral
home by clicking here. 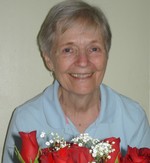 RATHWELL, Heather
Heather Rathwell, age 87, passed away peacefully on Friday, July 5, 2019 from natural causes. Heather, daughter of the late Hugh and Florence Douglas was born in Montreal on June 6, 1932. Heather was preceded in death by her husband, Ivan. She is survived by her four daughters, Debra, Linda, Nancy and Sheila; her two sons, Ian and Allan; her son-in-law Richard and her daughter-in-law Dodie and her sister Nancy McMahon. Heather was very proud of her ten grandchildren: Christopher, Chelsey, Ben, James, Brad, Lisa, Kaylee, Marcella, Brendon and Samuel; and her nine great-grandchildren.

Heather earned her teaching diploma from McGill University, Macdonald College and thereafter accepted her first teaching assignment at the Arundel Elementary School in 1950. For twenty-five years Heather taught elementary school children in Arundel, Kazabazua and Wakefield, Quebec. Heather was a member of the Low United Church since 1954 when she moved to Low, Quebec with her husband Ivan. Heather studied piano at the Catholic Conservatory in St Lambert, Quebec and graduated with multiple certificates. She was the organist for the Low United Church for many years. Heather was also a committed member of the United Church Auxiliary - helping to raise funds for the church. Heather served on the Board of Directors of ‘Le Manoir de Wakefield” during the formative years of transforming the vacant Gatineau Hospital into a senior residence. In 1985, Heather was the first woman elected to the Low Municipal Council where she served for twelve years. In 1998, Heather received the honorary award of “Citizen of The Year” from the Municipality of Low. She was honored for her work volunteering for the Gatineau Memorial Hospital, as a municipal councilor, volunteering at the Central Gatineau Arena, canvassing for the Canadian Cancer Society and her church membership.

She was a devoted mom who had a deep affection for her husband and children. She loved being around her family, having holiday gatherings, going on camping trips and traveling. Heather was a kind, loving, modest woman who treated everyone she met with dignity and respect. She was a woman of integrity and believed in honesty and hard work. She was optimistic and enthusiastic and never wavered in the face of life’s adversities. She was loved by everyone who knew her and she will never be forgotten.

Family and Friends may gather on Friday, July 12 at the McGarry Memorial Chapel, 176 Route 105, Wakefield, Quebec from 2:00 to 4:00 in the afternoon and 6:00 to 8:00 in the evening. The Funeral service will be held at 11:00 in the morning on Saturday, July 13 in the chapel at the McGarry Memorial Chapel. In lieu of flowers, memorial contributions may be made to the Low United Church or Des Collines Health Foundation – Nursing Home in Masham, Quebec.